Next month, Ivy Tech Community College’s Fort Wayne Campus will open a law library. The research library will be available to students studying Legal Studies and Paralegal Studies at Ivy Tech, as well as lawyers in the community.

The books, which were donated by Indiana Tech, would have run the College tens of thousands of dollars, estimates Heidi Fowler, department chair for the programs. The 1,300-book library will include the North Eastern Reporter Second (which includes appellate court decisions for states including Indiana), Indiana Code and U.S. Code, and general reference materials like nutshell books, how to research and write, digests, and legal encyclopedias. 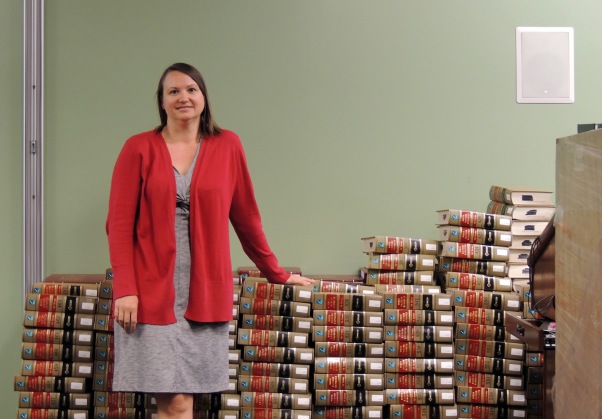 Heidi Fowler, the department chair for Legal Studies and Paralegal Studies at Ivy Tech’s Fort Wayne Campus, says the College’s law library, which will open in July, will house 1,300 books for students and local lawyers.

It is located in rooms 2200 and 2201 at the Public Safety Academy: Ivy Tech South Campus (76012 Patriot Crossing in Fort Wayne), which will also be used as a classroom. The library will be open during class time. The South Campus is open five days a week, and building hours vary.

This library is the only of its kind through Ivy Tech campuses in Indiana.