Statewide, the Community College is awarding nearly 20,400 credentials in ceremonies taking place from May 8 to 16. 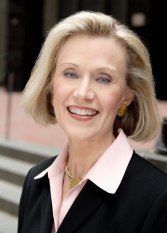 HONORARY DEGREE: The College awarded one honorary degree, to Sandra J. May. Previously the director of Lincoln Financial Foundation, May also served on Ivy Tech Northeast’s Regional Board of Trustees from 2010 to 2013. She has long been a community philanthropist for non-profits and cause-related efforts, and she served as the chair for the Ivy Tech Foundation’s annual fundraiser, A Reason to Taste, in 2012 and 2013. In those two years, May helped the College raise more than $100,000 for student scholarships. She also played a role in the College’s grant-funded ivyVILOs (or video interactive learning objects) program, which helped Ivy Tech Northeast develop dozens of short videos designed to teach complex concepts, from electrical circuits and controls to oxy-fuel welding torch assembly.

STUDENT SPEAKER: The Class of 2014’s student speaker was Audrey Alleyne Quiniou, who graduated with an associate degree in Liberal Arts. Quiniou immigrated to the United States from Trinidad and Tobago and translates and interprets for non-English speaking immigrants. Her speech discussed her personal story of persistence and shared a message of hope.

BUD CURTIS AWARD FOR OUTSTANDING STUDENT: For the first time ever, this category was a tie, between Quiniou and Tyson Biehl, who graduated with an associate degree in Advanced Manufacturing in fall 2013. He is currently studying at Trine University for his bachelor’s degree in Business Administration. Biehl first studied at Ivy Tech straight out of high school, in 1994, for his journeyman’s licenses. He was employed in this profession for nearly 15 years before he was laid off. He chose to return to school in 2009 to further his education in an effort to secure his place in a new job. He also received an associate degree in Industrial Technology from the College in spring 2011.

PRESIDENT’S AWARD FOR EXCELLENCE IN INSTRUCTION: Robert Parker, program chair of Industrial Technology, received the President’s Award for Excellence in Instruction. Parker works closely with both his students and area employers, creating a close environment that aids in job placement after graduation. Statewide, he is involved in the program’s accreditation process through the Association of Technology, Management, and Applied Engineering (or ATMAE).

Parker will serve as Ivy Tech Northeast’s nominee for the statewide Glenn W. and Mary Catherine Sample Award for Excellence in Instruction. Each of the 14 Ivy Tech regions selects a nominee to win the award, which is presented to a statewide winner. 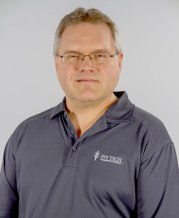 ADJUNCT FACULTY AWARD FOR EXCELLENCE IN INSTRUCTION: Michael Stepp, adjunct instructor in Therapeutic Massage and Industrial Technology, won the Adjunct Faculty Award for Excellence in Instruction. Stepp, a graduate of the College’s Therapeutic Massage program, is always recognized as a team player, helping out students and the programs however necessary. His technical expertise and willingness to help others make him a valuable asset to the programs.

Stepp will serve as Ivy Tech Northeast’s nominee for the statewide Gerald I. Lamkin Award for adjunct faculty members. Each of the 14 Ivy Tech regions selects a nominee to win the award, which is presented to a statewide winner.

SPECIAL NOTE: For the first time, Ivy Tech Northeast’s graduation went social. Students and guests used #IvyTechGrad to discuss the ceremony and festivities on social media sites. Use the hashtag to see graduation photos and messages of encouragement on Twitter and Facebook