Ivy Tech Community College Northeast has received a $45,000 grant from the Edward M. and Mary McCrea Wilson Foundation toward the College’s New Venture Competition program. The first $15,000 installment of the grant will be awarded in January 2015, and some can be used to start an endowment, assuring the New Venture Competition can continue for years to come.

In its three-year existence, the New Venture champion has won $20,000 in start-up capital for his or her business, sponsored by Dave Bear and JB Tool, Die & Engineering Inc. 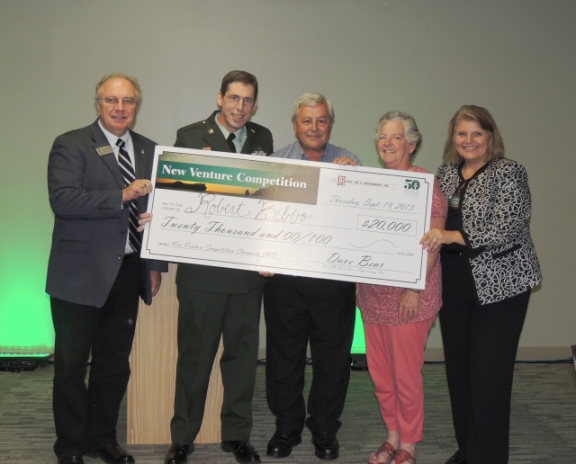 “This (Wilson Foundation) grant adds significantly to the award capital available to distribute to student entrepreneurs,” says James Tolbert, Business Administration assistant professor and head of the competition. “Also, it begins an endowment, which assures that the New Venture Competition will continue.”

Previous winners include Olivia Fabian (2011), whose Ofabz features swimwear and related accessories; Jon-Paul Capito (2012), whose DeRossi started as a menswear company and has morphed to specialize in shoes; and Robert Bibbo (2013), whose American Combat Veteran Clothing produces clothing and accessories made by and for veterans.