Each year, the academic schools at Ivy Tech Fort Wayne each select someone to receive the Outstanding Student Award at graduation. Patrick Conway is this year’s winner for the School of Arts, Sciences, & Education.

Hello, my name is Patrick Conway. I was born and raised in a coastal town in California called Santa Maria. Anyone who grew up with me would tell you that I was “all boy” for the entirety of my childhood; “getting into trouble,” “causing mischief,” and “being ornery” were often phrases used to describe me. Some would even argue those descriptions hold true to this day. I graduated high school in 2008 and shortly thereafter left for boot camp in the United States Army. 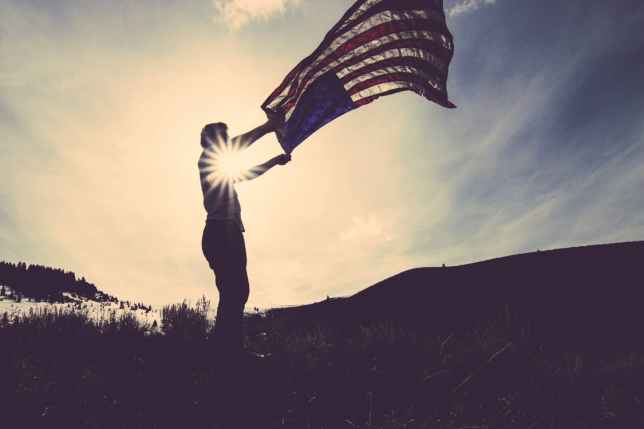 After five years, two campaign medals in Afghanistan, and many issues, I left the military. I had an old friend I had been deployed with in Afghanistan living in a small town called Angola, Ind. He asked if I would come join him, so I said yes. Long story short: Things did not work out, and I hit rock bottom.

It wasn’t until one day in 2015, when I was complaining about the lack of fair treatment for veterans in the U.S. and feeling abandoned by the country I had served, that my fiancée turned, looked at me, and asked one simple question that I will never forget: “Why don’t you do something about it?” I was astounded because, in that moment, I realized that I was doing nothing but contributing to the problem and perpetuating the issues I hated. I realized I had to be a part of the solution if I wanted things to get better for those like me. So I decided to go to school. After applying to IPFW and being turned down, I wound up at Ivy Tech, which wanted nothing more than to get me through their doors.

Here I am, a little over two years later, with an Associate of Science degree under my belt and about to start my senior year at Trine University for my Bachelor of Science in Psychology. My end goal is to work within communities with high populations of homeless and struggling veterans to provide them with the help they need, whatever that may be.

Twenty two veterans every day commit suicide. This statistic has been in the forefront of my mind, and I would be lying if I said that there weren’t days when I wondered if perhaps I might be one of those 22. Not anymore. The struggles of a veteran are real, and during my time at Ivy Tech, I have met many great teachers and students and been given opportunities to volunteer at homeless shelters for veterans. All of these opportunities have further cemented what I want to do with my career, and I could not have done any of this without Ivy Tech. While I don’t know exactly where I will end up, what I do know is that I will never forget those who impacted my life at Ivy Tech. So, from the bottom of my heart and on behalf of all those veterans who have walked through your doors and been accepted, thank you.